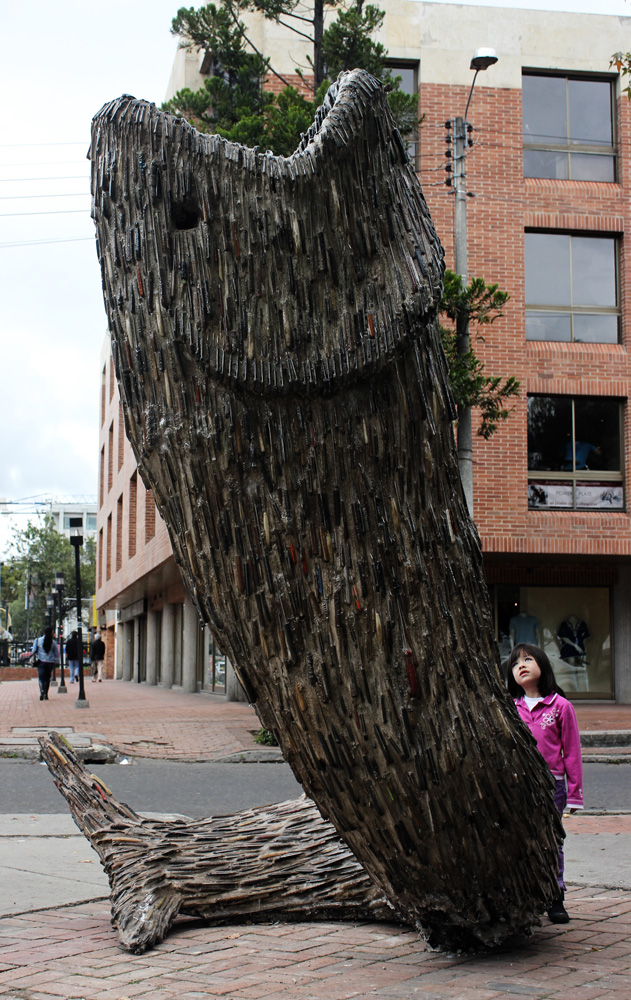 In the most important park located in the city of Bogota, Colombia “Parque de Usaquen y Parque de la 93” a collection of fish sculptures are currently displayed in an outdoor exhibition entitled “Azularte” sponsored by the Green Heart Foundation or “Fundacion Corazon Verde.”
The exhibit is taking place from October 7 to 28, 2011 honoring the blue planet with the participation of 70 Colombian artists who rendered their “fish” creation to be exhibited and then auctioned off on November 2nd through Christie’s Latin American Art Auction. 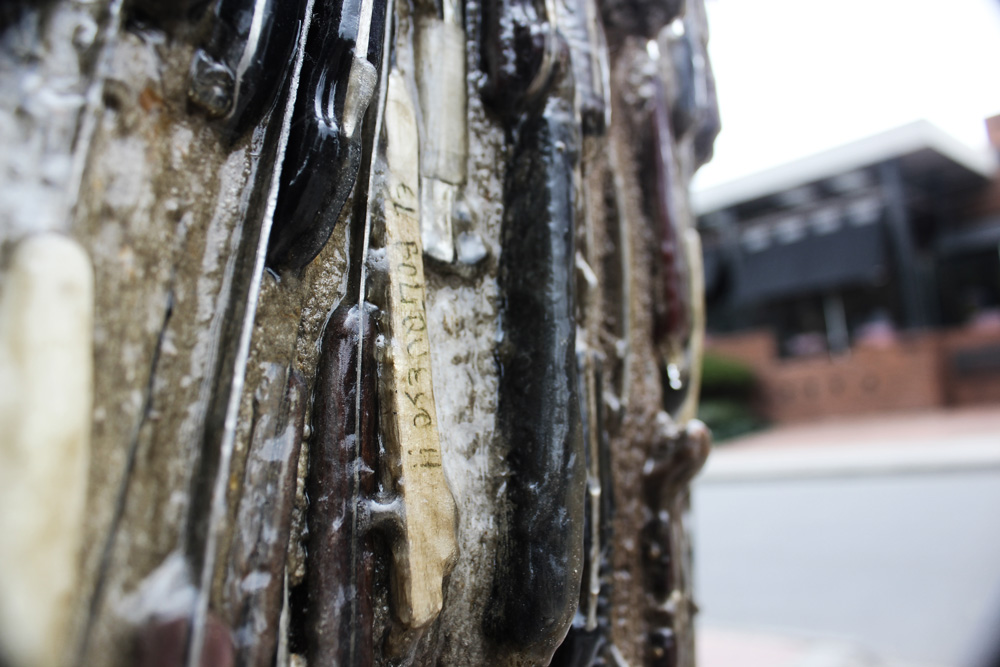 Colombian masters such as Edgar Negret, Ana Mercedes Hoyos, Manuel Hernandez, David Manzur, Jorge Cavelier, Carlos Jacanamijoy, Hugo Zapata, Kindi Llajtu, Beatriz Echeverri, Alicia Tafur, Mauricio Arango, Alejandro de Narvaez, Enrique Grau, among many others are participating in “Azularte.”
The youngest of this large group of artists is Joaquin Restrepo who ranks among the top 10 artists of “Fundacion Corazon Verde” with sales exceeding $150,000.
Restrepo is exhibiting a large 3.20 meters high  sculpture entitled “Ichthys,” a sculpture made with knives confiscated by the Colombian Police Department  which tell an urban story that fascinates and educates the public and children alike. 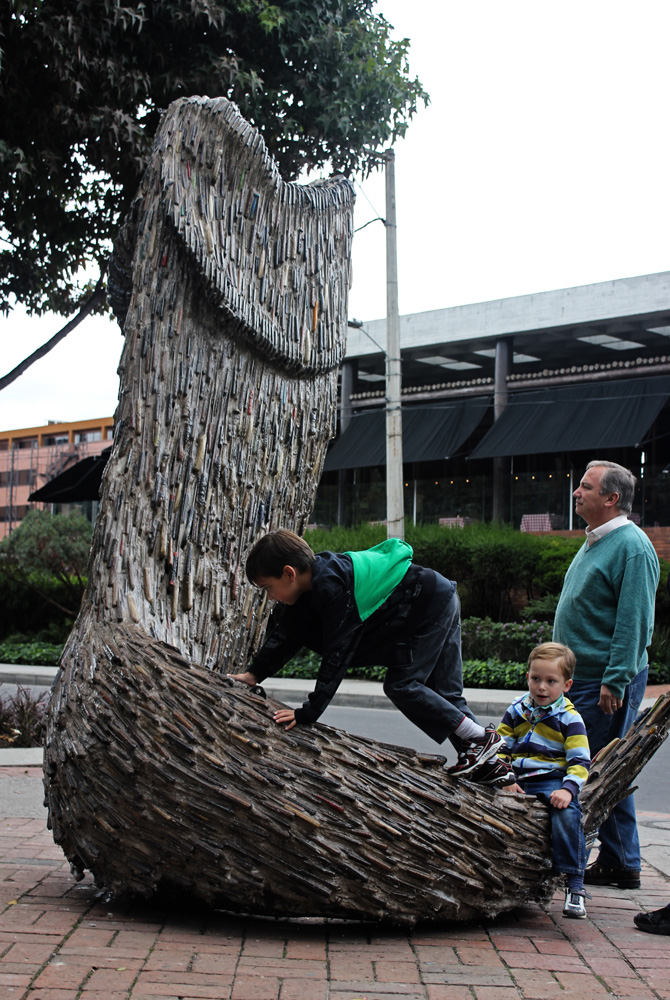 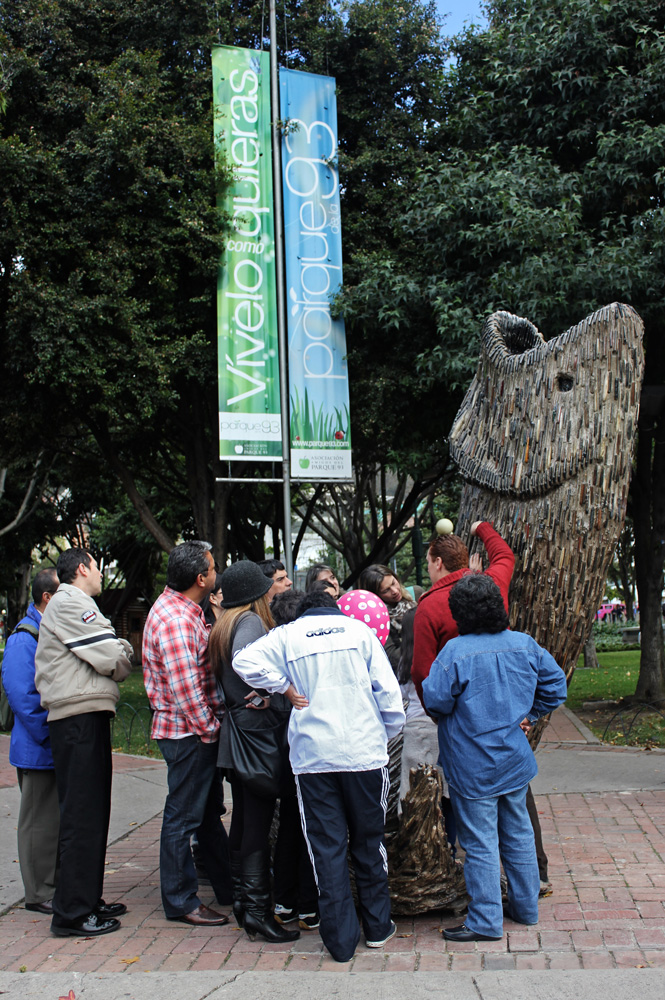 “These are real knives which have hurt other people. I first started this project taking photographs of the knives, some of them beautifully crocheted; I asked myself, what were they thinking when they were doing it?,” said Restrepo from Shanghai in a previous WUM exclusive interview.
“The fish will represent the transmutation of violence with its deadly weapons transformed in a life form sculpture,” added Restrepo.